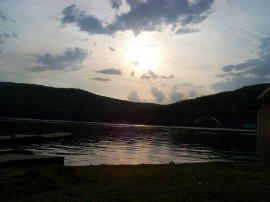 Hales Bar Dam is located on Lake Nickajack in Guild, Tennessee which is at mile maker 437 of the Tennessee River.  It is about 20 minutes from Chattanooga.

The Chattanooga and Tennessee River Power Company began construction on the dam in 1905.  Originally slated to open in 1907, the project was delayed until 1913 due to flooding and problems with the limestone foundation.  Upon completion, the dam measured a half a mile in length and nearly sixty-three feet high and was the largest dam of its kind at that time.  The projected was 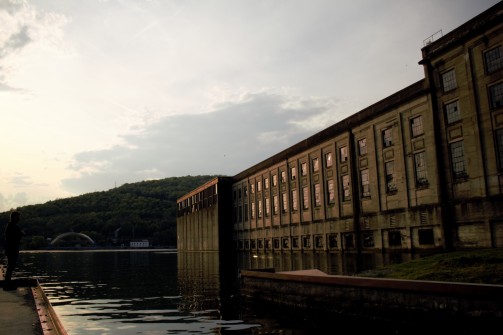 doomed from day one.  It would constantly leak and despite multiple attempts to fix the it never functioned the way it was intended.  In 1939 the TVA acquired Hales Bar when they bought out the Tennessee Power Company.  TVA continued to work on the dam but they where not able to fix the foundation, in 1968 they demolished it and built the Nickajack Dam six miles down stream.  During the construction several employees fell to their death.  It is said that some even fell into the concrete mixer and with no way of getting them out, they became part of the dam, forever encased in the walls.  Today all that remains of Hales Bar Dam is the old powerhouse.

Dragging Canoe was a Cherokee War Chief.  He is considered to be one of the greatest Cherokee military leaders of all time.  During the beginning of the American Revolution, Dragging Canoe used the war as a cover to attack the neighboring American settlements.  The settlers suffered major losses initially, however, reinforcements soon arrived from the army, forcing Chief Canoe to retreat.  Dragging Canoe wanted to continue fighting the settlers.  The other Cherokee leaders did not want to suffer anymore losses so they refused to continue fight.  Chief Canoe fled to the Over Hill towns on the Tennessee River with other like minded individuals. The new tribe became known as the Chickamauga.  In 1775 the Over Hill Cherokee were persuaded to sell a large tract of land in Kentucky as part of the Treaty of the Sycamore Shoals.  Legend has it that the treaty angered Dragging Canoe.  In response to the treaty, it is said that the Chief put a curse on the lands where the Hales Bar Dam was eventually built. Lands and waterways that were once considered sacred by native tribes would soon become the sites of many tragic events. 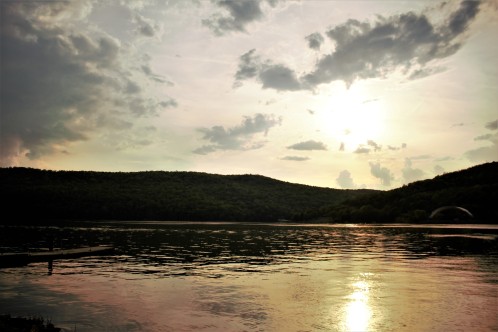 In the early 1900’s the area was stricken with a TB outbreak.  Many kids were affected  by the disease and sadly passed away.  They were buried in a cemetery that is now located at the bottom of the lake.  When the area was flooded to create the lake the graves were not relocated. 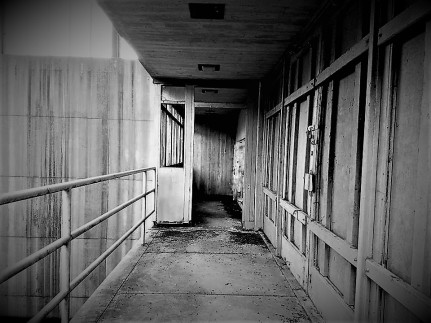 Hales Bar Dam is a paranormal hot spot.  Over the years it has been investigated by numerous teams.  It has even drawn fame from appearing on shows such as Ghost Adventures and Ghost Hunters (TAPS).  Activity can be found throughout the dam but a majority of it happens in the locker room and the tunnels.

For more information check out: